History of the deities

The deities of the Puri temple are generally known as the Trimurti (trinity) and also as Chaturdhamurti, stated in Chap-3. Some scholars think that originally there was only image of Jagannatha as the object of worship called Nilamadhava and when Nila Madhava disappeared, king Indradyumna fabricated the body of Jagannatha out of a log of wood that was picked up from the sea, as per a divine direction. Scholars suggesting that originally there, were only two deities, cite the example of a temple found in the Cuttack district in Odisha belonging perhaps to the seventh century A.D., where the images only of Jagannatha and Balabhadra have been carved and Subhadra is not to be seen there. 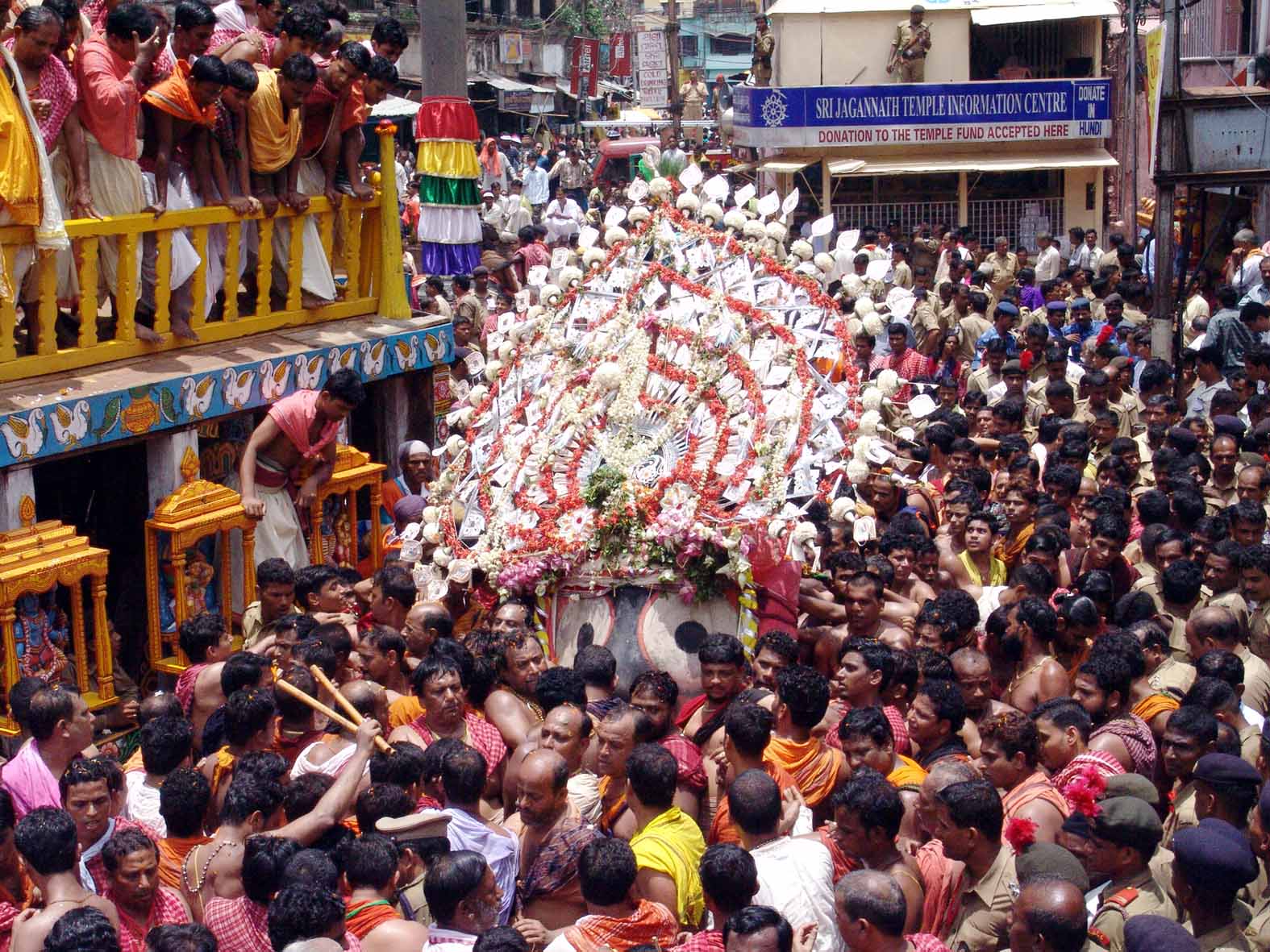 It is, therefore, believed that when there was a great resurgence of Saktism from the 7th century onwards, there was a successful attempt to instal an image of the mother goddess (Durga or Sakti) in the Puri temple by the side of Jagannatha. According to some others, installation of the image of Durga or Sakti, who is also known as Bhadra, Mangala etc., might have taken place during the visit of Sankaracarya to Puri. In the Konarka temple built in the 13th century A.D. about a century later than the Puri temple, there is a panel of three images. Jagannatha is seen in the middle and to his left is Durga killing demon Mahisa, while to his rjght is A linga (phallus) representing Siva. From this, it is deduced by some scholars that this might have been the original trio of the Puri temple, indicating the equal importance to Vaisnavism, Saktism and Saivism. In such a case, it is deduced that originally there was one image representing Visnu or Madhava and Siva and Durga were added subsequently.

There is another theory that Bhadra or Mangala (Durga) came to be called Subhadra and at the time of Vaisnavite preponderance, she was introduced as Krisna's sister, whose name is also Subhadra. Similarly one of the names of Siva is Virabhadra. Somehow, at a time of Vaisnavic efflorescence, he was transformed into Balabhadra. The second half Of this name i.e., 'Bhadra' was retained and the first half was substituted by Bala.When he was thus called Balabhadra, he was introduced as the elder brother of Krishna.

The Puranic texts mention that the original images of Puri consisted of Laksmi and Visnu known as Purusottama. a twin figure. Some literary works, bear testimony to this view too.